The steps you need to take to build an iOS app

If you're building an iOS app and you're not an experienced developer, understanding the steps involved helps you find the right people for the job
Apr 1, 2020 • 6 minute read 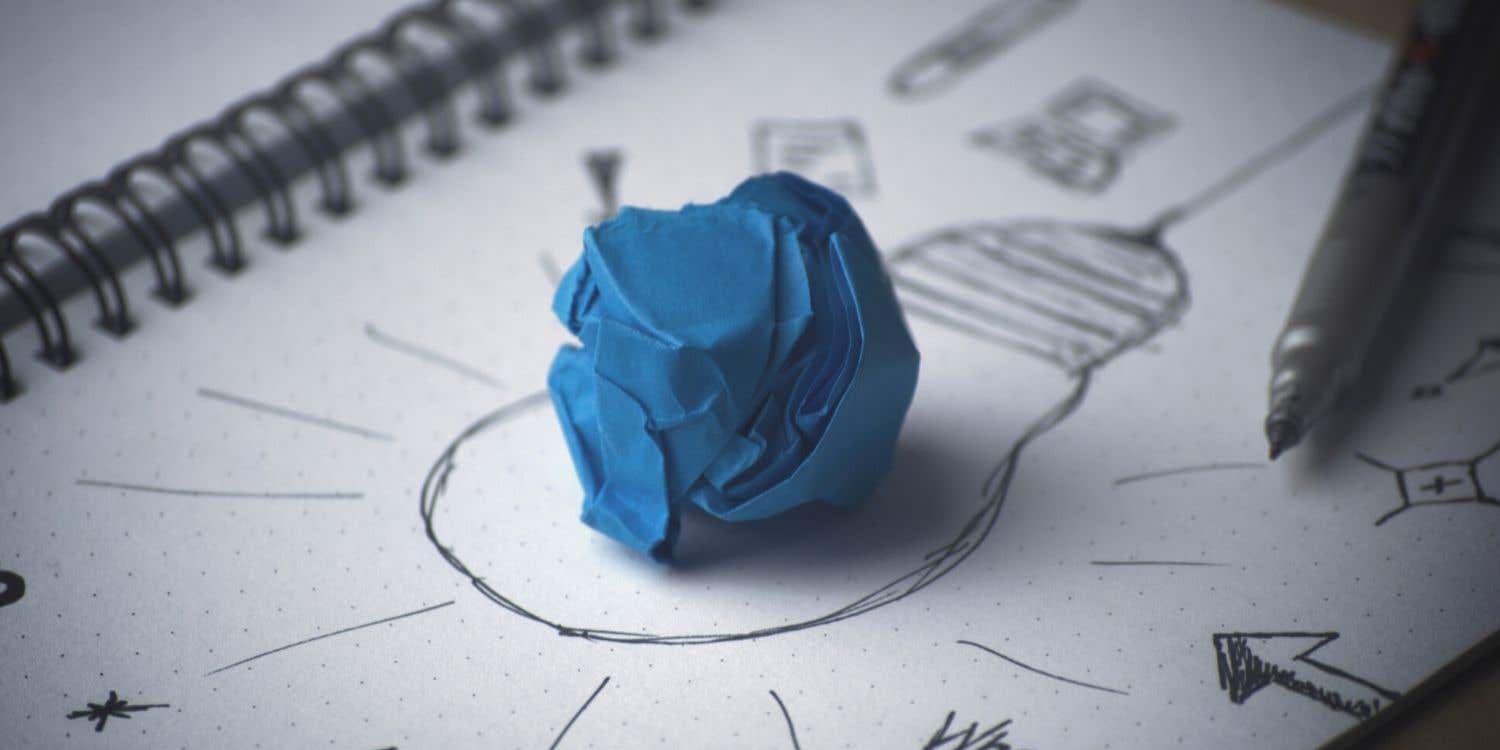 There's an app for that. It's the cliché of our times that isn't exactly true. There's always a new angle of approach to find or a unique niche to fill. You just need to be a forward-thinker who's smarter than the competition.

In what has felt like an absolute whirlwind of a decade, Apple has revolutionised the retail landscape with their no fuss marketplace of bite-sized digital indispensables. An app can be so many different things: a feature to augment your device, a piece of entertainment, a shopping portal within a shopping portal. It's whatever a consumer's heart desires, really. And if you do nail the perfect idea? A multi-million dollar payday could be in your future.

All that being said, there can often be a pretty sizable barrier standing between an inventive visionary (such as yourself) and their finished product. Making a world-class app isn't like whipping up a PowerPoint presentation. Depending on the complexity of your concept, a decent-sized team of specialists could be needed to turn your seed of a good idea into a great opportunity for app store success.

Unfortunately, there's far too much info involved with doing everything from scratch, so we can't do nitty gritty today. But what we can do is give a quick and dirty overview on whom you need to hire, what you need to provide to them and what the most common steps are in the average dev process. Basically, the more you know about what's involved, the fewer costs and/or time-consuming miscommunications you'll run into along the way.

First thing is first; you can't sell an idea to a designer and have them lay it out if you don't have it straight in your own head first. What exactly will your fandangle app accomplish? Sometimes the best course of action is to define your idea by the app store's own categories. Five years ago these were Utilities, Entertainment, Games, News, Productivity, Lifestyle and Social Networking. In more recent times those primary categories expanded to include Books, Business, Catalogs, Education, Finance, Food & Drink, Health & Fitness, Kids, Medical, Music, Navigation, Photo & Video, Reference, Sports, Travel and Weather.

There are a ton of subcategories that reside under these main umbrellas (curated and regularly changed by Apple themselves) but, ideally, your concept should probably pigeonhole into one of the main options.

PHASE 2: Sketching out the app

Once you have a ballpark established, you can sketch out the app either by yourself or with your coder. The good news is that in many cases you won't need a world-class programmer to get a modest app idea off the ground. First of all, Apple has made Xcode freely available for you. It's a complete developer toolset for creating apps for Mac, iPhone, iPad, Apple Watch and Apple TV. Second of all, it's both a powerful tool and a reasonably understandable one, too. Xcode brings user interface design, coding, testing, debugging, and submitting to the App Store all into a unified workflow.

Believe it or not, sketching out your app can be done without paper and pen. Xcode offers an iOS Simulator that effectively allows you to add, move and resize UI elements pretty easily in a storyboard environment. Once you have the general visual layout you want, you can then select the individual elements and add behaviours and attributes to them to achieve your desired functionality.

Now, this being a visuals heavy side of the app, you'll probably want to have at best a UI designer and at minimum a graphic designer to dial in how everything is going to look. Obviously, this is especially true if your app leans toward the entertainment and/or games category. Nobody is having fun if they're fighting to understand what to do.

It also has to be said that something as complex as a game will require quite a larger team of creatives: artists, sound designers, engine coders, etc. That's a whole different can of worms that we've covered in an article HERE.

Once you're happy with a basic layout in what Xcode calls “the storyboard”, you can start fleshing everything out with functionality. For this you can dive into Xcode to take the next steps. Obviously every idea is going to require a different approach, but for the overwhelming majority of projects you can probably expect to make the following (or similar) journey.

A data model file represents the structure of the information stored in an app and it's the first step in working with what's known as Core Data. Here you define the structure of your application’s objects, including their object types, properties, and relationships.

Connect the UI to source code

All of the elements in your storyboard now have to be linked to source code. If you're not well versed in the syntax of Swift (Apple's proprietary coding language) you'll need to hire yourself a Swift developer. They will be able to make heads and tails of view controllers that coordinate the flow of information between your app's data model and the behaviors that will occur due to user input.

Use gesture recognizers to generate events

With this step you're effectively telling the app what images (or possibly sounds and video content) to show onscreen when the user either taps, swipes, screen pinches or tilts their device to initiate the gyro function.

This is an essential part of writing code because it helps you catch any of those pesky errors that you might otherwise overlook. It's best to keep unit tests modular. Each test should check for a specific, basic type of behavior to see if it's doing what it should be. If you write unit tests that are long or complicated, finding out what's going awry is going to be so much more difficult. If you're a layman who has somehow managed to limp their way to this point, you really shouldn't skimp on hiring a good coder here. Having a pro un-jumble your efforts is a godsend.

Once everything is running as it should in the Simulator (and you've squelched a bunch of the major bugs) you can move to other concerns. Apple runs a pretty tight ship as far as marketplaces go, and so you'll need to make sure that your newborn app can sit upon that digital shelf with all of the accoutrements expected.

We're talking a product blurb, preferably supplied by a writer (somebody who knows how to spruik your work and entice interest), You'll also need screenshots, background images and that all important app icon. Honestly, you really need these (often tiny) little pictures to tell more than a thousand words, because app store users are spoiled for choice. You need to entrust the very important design of these to a graphic artist.

Last but not least, you need to submit your app to Apple for an approvals process called App Review. Basically, this is the Big A ensuring that everything on their platform is reliable, performs as expected, and is free of offensive material. This will mean poring over the Apple Developer Program License Agreement to understand your obligations and responsibilities.

This part of the journey gets considerably more complex if your app deals in user account information or special instructions and/or settings. Failing to provide that info up front can delay the app review process or get you outright rejected. Once again, we'd recommend you dodge these landmines by having a coder on hand to identify anything out of the ordinary before the submission process, especially if you're working to a tight launch window.

Apple has provided some great tools for building iOS apps, but to get the best results, you still need a professional touch. Nonetheless, knowing the steps involved in iOS app development helps you figure out who to hire, keep track of your app's progress and better communicate what kind of finished product you want. 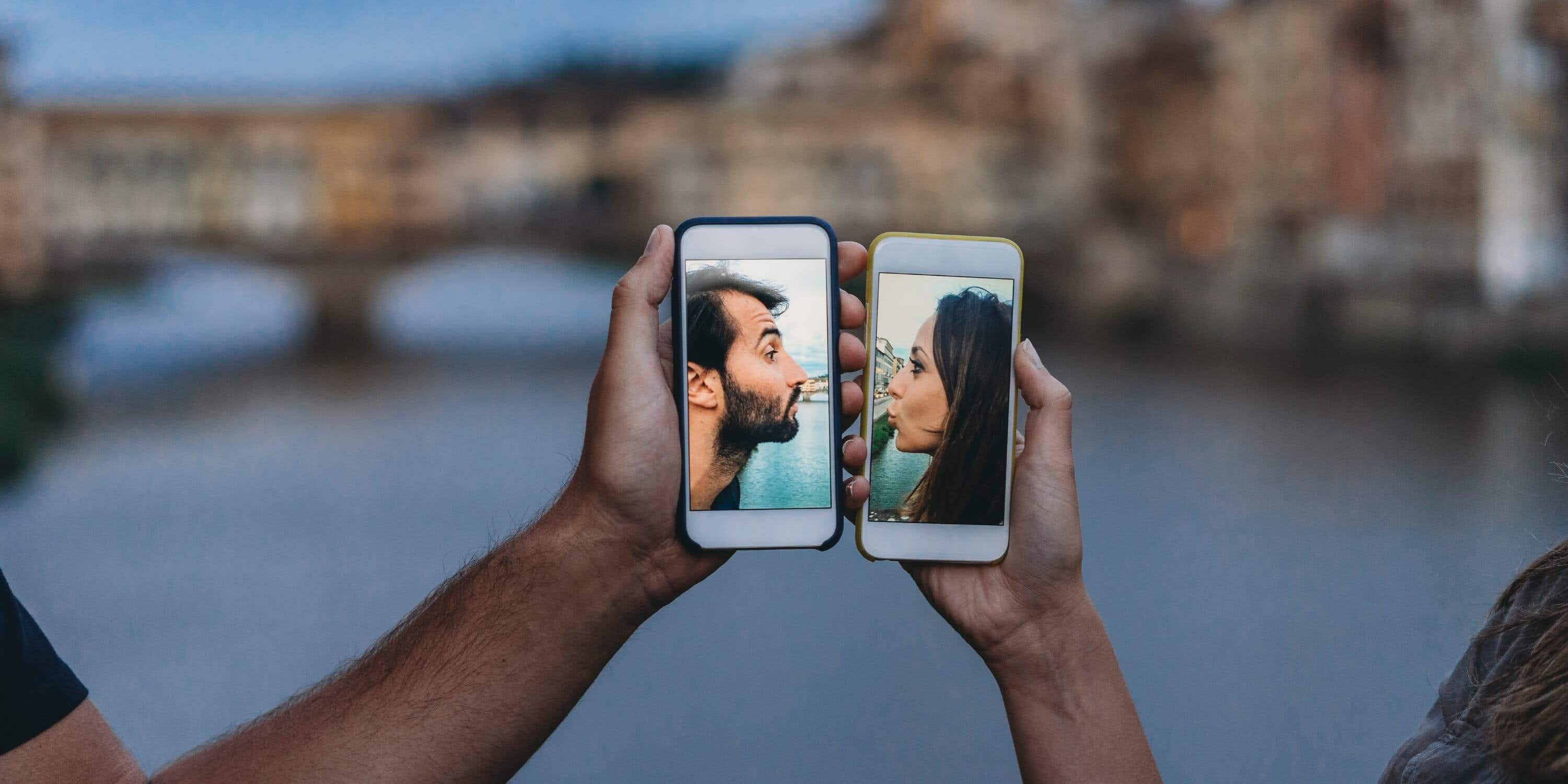 Using Flutter to build iOS and Android apps
Developing a hybrid application will save you from having to hire two different platform developers for your project. In this post we show you how.
6 MIN READ 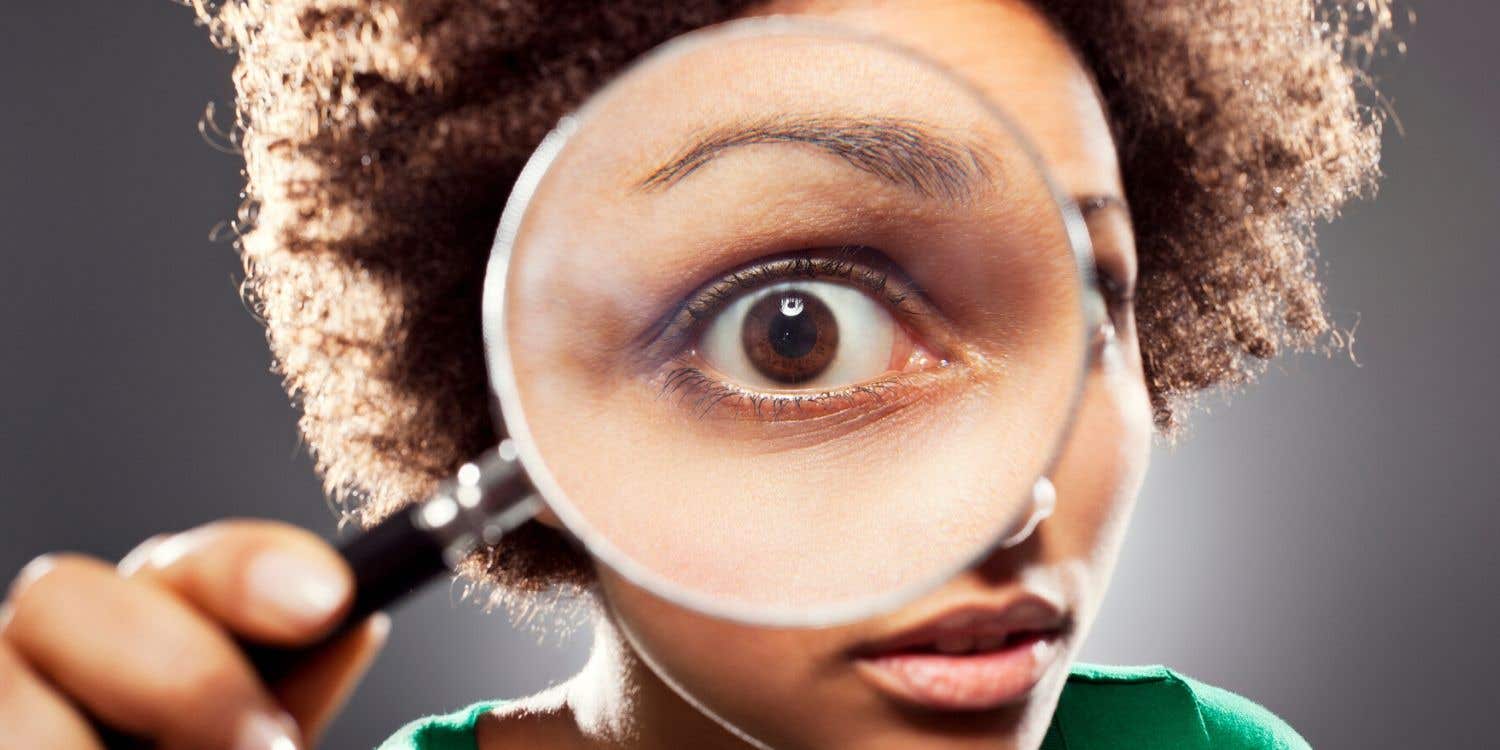 Research you need to do before you build your mobile app
Market research is a critical step in developing your mobile app. It tells you who your customers are, who your competitors are and how to succeed
8 MIN READ 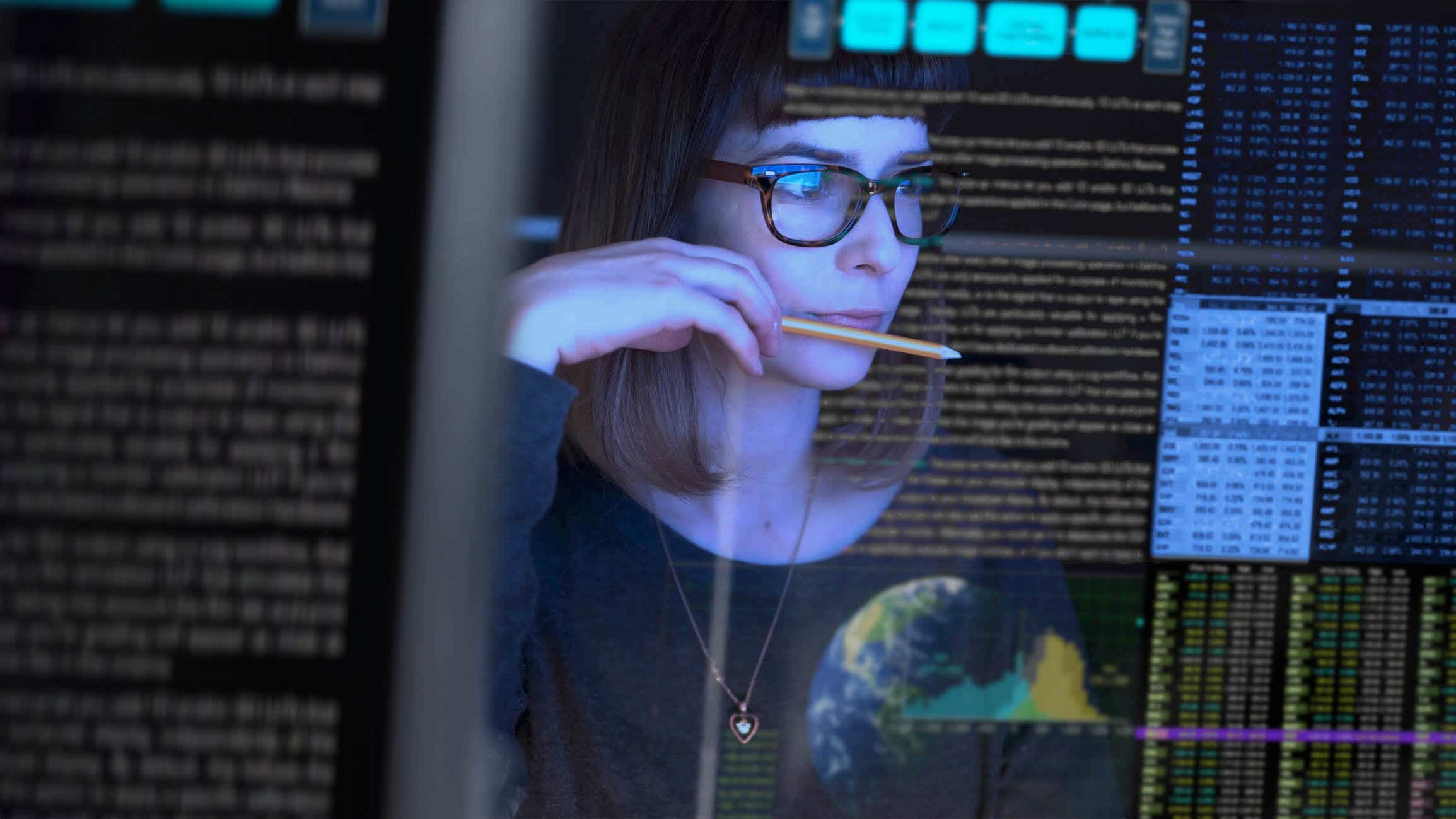 The best analytics platforms to track your mobile app’s performance
Do you know how well your app is performing? With analytics software you can monitor how often your app crashes and even how users interact with it.
6 MIN READ 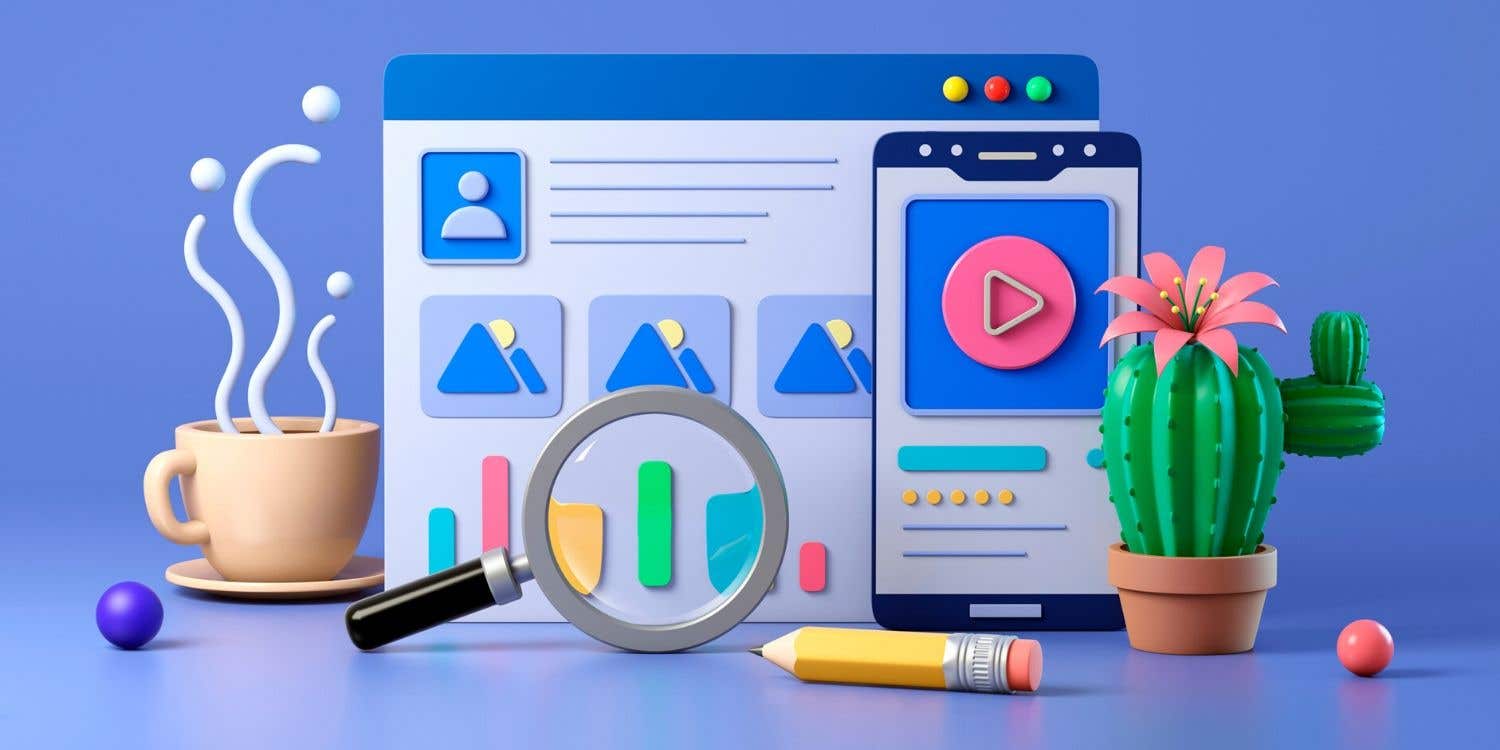 How to interview a freelance mobile app developer
Got a great idea for a mobile app? Find out what questions you can ask to ensure you end up hiring the right freelancer to build it.
6 MIN READ